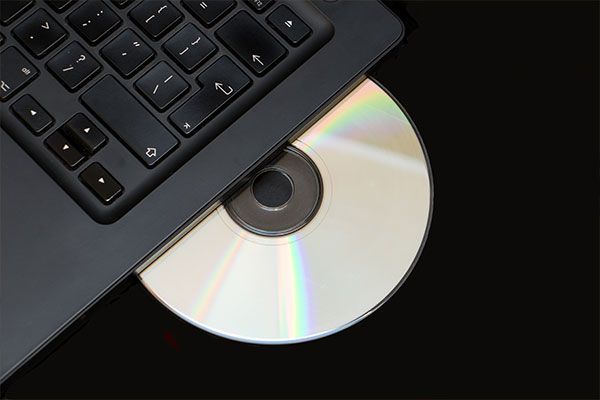 You probably don’t even notice but most laptops—and indeed, even desktop computers—don’t come with an included disc drive anymore. If you’re not a regular tech upgrade type of person and you buy a new laptop once ever five years like yours truly, that gap between old and new probably took place in the space of time where OEMs stopped including disc drives in their laptops. Most consumers simply don’t use optical media anymore or with any kind of regularity to warrant clunking up the design of a laptop (which consumers more and more want to be light and thin) with a disc reader.  Indeed, many major OEMS have withdrawn from producing or designing DVD and Blu-ray players.

Disc drives left the laptop scene some time ago due to consumer demand for thinner, lighter devices as well as the change in media consumption to digital streaming. Owning physical media is becoming a rarity. Even computer software is now available digitally, negating the utility of a disc drive.

However, one market still principally thrives on optical media: Japan. This is probably why ASUS has decided to equip one of its laptop models with a disc drive. The X545FA is an Intel Comet Lake based machine which includes a DVD drive.  The laptop’s specs, specifically the fact that it is not compatible with Blu-ray, just DVDs—indicate that it is designed as a budget friendly model that is meant to operate as a desktop replacement rather a work horse.

Despite generally global enthusiasm for digital streaming for music and video entertainment, Japan has been the last real stronghold of physical media. In fact, there have been countless articles describing Japan’s “reluctance” to hop on the streaming service bandwagon.  Japan is the second biggest music market in the world after the United States in terms of revenue, but most of their music is consumed in the form of compact discs (2.44 billion USD, to be more precise).

Why does Japan love CDs? Why has Japan been so slow to adopt digital streaming? The answer is the same: Japanese consume media a little differently. Japanese consumers look for “added value” in their media, which can only be delivered through physical media like discs. These include things like concert tickets, special packaging and content, contests, geographic specific artwork and content, and other collectible objects.  Japan has a huge collector culture where everyone wants exclusive content. You can’t get this with a Spotify subscription. Your typical Japanese music enthusiast wants to feel physically connected with their pop artists, and physical media helps that along.

Licensing is very strict in Japan so streaming platforms have had difficulty winning over Japanese consumers who till turn to broadcast television for their favorite shows and news.  Platforms can’t snag big name titles and shows to draw in new subscribers. The same goes for music streaming services like Spotify which are heavily regulated and restricted so many users don’t get much use out of them.  Ironically, YouTube usage for consumption is slightly higher than even CDs in Japan but it is not considered a legitimate revenue stream.

In the United States, the past few years has seen a mini revival of physical media like vinyl records and CDs. Either as part of a pop retro aesthetic hailing back to the good old days, as a wish to retain and own physical media that’s not likely to disappear to make way for another title on a streaming service, or as an insistence of audio and visual superiority, physical media is slowly rising up again.

There is definitely something to be said about retaining physical copies of your music and movies. Streaming services offer convenience and a huge selection, but often that selection is dependent upon licensing and agreements. With streaming, you do not actually own the movies or music and so at any time the title can be removed. And no matter how you feel on the comparison between MP3 files and the CD audio experience, it’s nice to know that if your Internet goes out you can still enjoy physical copies of your media.