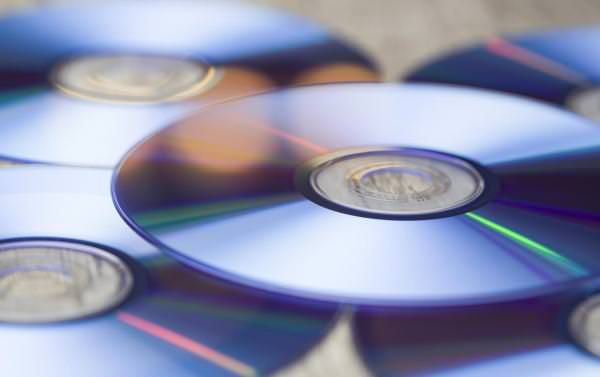 Optical media is still often a primary choice for backing up important files and data archival. This is because discs offer offline cold storage not liable to internet-based hacks or corruption. Their decrease in common use in the past decade or so (learn who’s still using compact discs) also means that disc readers are not standard equipment, leaving access more difficult—the perfect scenario for someone looking to keep important or sensitive information safe and sound. DVD and Blu-ray discs are perfect as they are offer high capacity storage. However, which disc offers the greatest longevity: DVD or Blu-ray?

Major DVD-R manufacturers will claim that their discs last anywhere from 5-25 years from the time of recording/burning. When they began making this claim, DVDs hadn’t been around the required 25 years to test so instead they use a process known as Accelerated Life Testing (ALT). This process exposes discs to extreme levels of heat and humidity that simulate years of storage. They can mathematically calculate failure rate by testing discs for extended periods, 9 months or longer.

Of course, ALT results cannot guarantee lifespans of discs but are instead an indication of how well they will perform over time. A DVD that claims a 25-year lifespan did better (meaning it experienced fewer rates of failure) than a disc with a 5-year lifespan.

Blu-ray disc longevity is less set than DVD discs, likely because they’re newer and with the increase in digital media consumption beginning right after their popularity boom—are less studied. One study suggests at least 15 years with data retention up to 30 (if recorded). A separate study conducted by TUV Rheinland suggests that recordable BD-R can last up to 50 years if stored at 80C and at 80% relative humidity for 750 hours. Regardless, the suggested life span of a DVD and a Blu-ray disc is about the same.

Blank Blu-ray discs use a hard coating that offers superior protection against the elements compared with DVD-R discs. Based on this alone, scientific testing indicates that Blu-ray is the longer-lived media.

Scientific testing can only estimate lifespan under very specific conditions. The environment is also key.

There are several environmental factors that play into disc and data degradation. Namely, direct sunlight and high temperatures. Storage method may also play a role in causing scratches or other disc damage that affect its lifespan. Overuse might also be a factor (see our blog on Can Discs Wear Out?). For DVD discs, the type of dye used can be an indication of reactions to environmental factors, the length of longevity, or overall disc quality.

As mentioned above, blank Blu-ray discs have a hard coating that better protects them from environmental factors but are still susceptible to UV light, high temperatures, and other physical damage. They are also more susceptible to data loss due to their more refined method of data recording and playback from use over time. Due to this fact, they have a slightly smaller life expectancy compared to DVDs but not by a significant margin, perhaps 5% less than the 5-25 range typically given.

In terms of environment, neither disc format has a clear advantage.

In terms of usability, Blu-ray is a clear winner. It offers much higher storage capacity (making it a great archival option) and visual clarity (2160p screen resolution); it can reach up to 60 frames per second. It is the preferred medium for video games.  The move to this format began to fire up the media market in 2006, a few years after its introduction. It engaged in a format war with the HD DVD from Toshiba which ended in 2008 after they announced they would cease production. DVD discs, having come first, were initially the cheaper of the two formats but the gap has closed significantly. With DVD becoming an old hat, it’s easy to find in $5 bins and better looking Blu-rays of the same movie for not much more.

Blu-ray is now the industry standard movie and video game format when media is not or cannot be consumed digitally or streamed. Blu-ray movies are popular because of their inclusion of special or bonus features. Blu-ray players were bought at a much faster rate in the same time frame compared to DVD players.

Due to these facts, it is more likely that Blu-ray will be the longer-lived media format. Although DVD longevity is slightly more understood than its newer counterpart, the Blu-ray is more likely to keep around for longer due to its protective hard coating and greater utility.

It is unlikely that we will completely erase optical media storage due to its excellent archival and security properties—not to mention the low, one-time cost to manufacture them. Likely we will always keep discs around for some purpose. In fact, a new Blu-ray upgrade, the Ultra HD Blu-ray which supports 4K resolution is on the horizon.