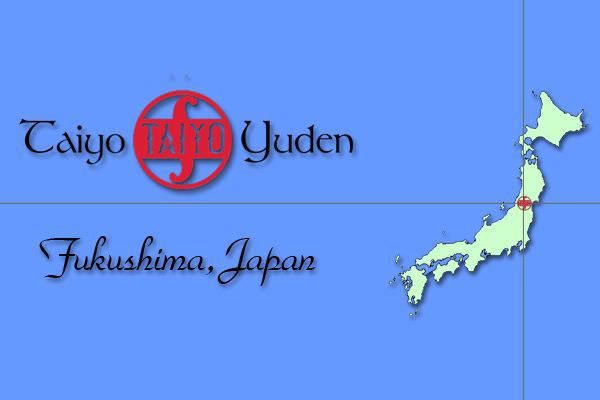 The Sendai earthquake and tsunami that struck Japan on March 11, 2011 is the greatest natural disaster ever recorded in the country’s history. The immediate attention of rescuers is on providing relief efforts to the tens of thousands of people affected by this tragedy. However, this disaster may also have long-term effects on the Japanese economy.

Many businesses and manufacturing plants in Northern Japan have been affected by the earthquake. One notable victim is the Taiyo Yuden Corporation, a major global manufacturer of recordable CD and DVD discs. According to news reports, the company has temporarily halted production of blank CD and DVD discs.

Taiyo Yuden manufactures CD and DVD discs under its subsidiary company “That’s Fukushima Co., Ltd.” which is located in the Yanagawa Industrial Zone in Date, Fukushima. Taiyo Yuden have recently confirmed via their website that the building of “That’s Fukushima Co., Ltd.” has been damaged. Equipment used in the manufacturing of CD and DVD discs is also under review by the company’s “Risk Control Committee.”

Another problem for Taiyo Yuden is the planned service outages which are being implemented by the Tokyo Electric Power Company as a result of damaged infrastructure. Taiyo Yuden may be affected by these outages of electricity and natural gas, which are needed to power the facility. The company has not specified what impact the outages may have on its product shipments.

We will keep you updated as further details emerge about Taiyo Yuden.

UPDATE: Taiyo Yuden have announced that they have resumed shipments of optical media as of March 24th, 2011. The company is currently producing CD-R media and expects to resume production of DVD-R media starting in early April. The company has also announced that it is donating 50 million yen to aid relief efforts to the earthquake/tsunami victims and their families.