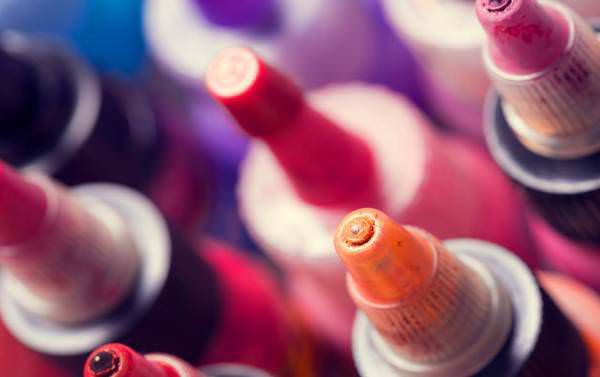 One interesting thing about optical discs is that DVD-R media is always purple, while blank CD-R media comes in a variety of colors. Have you ever wondered why CD-Rs come in different colors? Is there any difference between them? Well, that's exactly what we are going to talk about in today's article.

As it turns out, the color of a CD-R disc is about more than just appearances. It indicates what type of organic dye was used in the construction of the disc. You may recall that a recordable compact disc is a piece of polycarbonate plastic with a layer of organic dye into which the data is "burned."

As the drive's recording laser pulses on and off hundreds of times a second, it crystallizes the dye at a known rate to form ones and zeroes. This information is later read back by the drive and is pieced together to form your data.

So how does the color of the disc factor into all of this? There are three major types of dyes used in CD-R discs: cyanine, pthalocyanine, and Azo. Each has its own distinct color and characteristics.

Pthalocyanine is the most common type of dye. It has a very light green color and is often found in Mitsui/MAM-A blank media and other high-quality CD-R discs. When mixed with other chemical elements, manufacturers sometimes call these "Stabilized Cyanine" or "Super Cyanine" discs. Pthalocyanine appears gold or silver in color, depending on the reflective layer used in the disc.

Cyanine is another type of dye used in CD-R discs. As you may have guessed from the root "cyan" found in the name, cyanine discs are often blue in appearance. It appears as green when used with a gold reflective layer, and it appears blue when used with silver media. These discs are slightly more susceptible to UV damage than pthalocyanine discs, so it's recommended that they be kept well-protected when not in use.

Finally, Azo dye is used by companies such as Mitsubishi Chemical Corporation and Verbatim Media. Their blank CDs have the best protection against data loss from ultraviolet light and other environmental factors. Azo dyes typically give the discs a deep blue color, though it can also appear as dark green depending on the reflective layer used.

So which type of dye is best? Unfortunately, there isn't a universal answer to that question. In general, darker dye indicates a higher quality disc. Many inexpensive CD-R discs on the market have extremely light dye layers. These types of discs are not preferred for storing critical information such as company documents or personal photos.

As far as DVD-R and BD-R discs go, they use slightly different formulas of organic dyes. The colors of these discs are pretty uniform: purple for DVD and a dark tan/brown for Blu-ray discs. The name "Blu-ray" comes from the wavelength of the laser used in reading and writing the discs, and not from the color of the discs themselves.

You can find a wide selection of high-quality blank CD-R media when you shop at CDROM2GO.com. They carry blank CDs from Taiyo Yuden, Philips, HP, Verbatim, JVC Advanced Media, and US Digital Media in their secure online storefront. Check them out today for high-quality media at great prices!